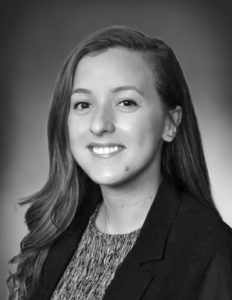 Natalia graduated from Temple University Beasley School of Law, where she worked in a variety of settings advocating for immigrants. As a law student, Natalia interned with HIAS Pennsylvania, working with victims of domestic violence on their U-Visa and VAWA applications. She represented undocumented workers with employment claims at Temple Law’s Sheller Center for Social Justice and partnered with the Philadelphia Mayor’s Office of Immigrant Affairs to educate employers about immigrant worker rights. She also clerked for the Philadelphia Immigration Court, where she drafted judicial opinions for Immigration Judges. In May 2019, Natalia traveled to the US-Mexico border in Tijuana to help asylum seekers with the organization Al Otro Lado. She also had the opportunity to file administrative claims under the Federal Tort Claims Act on behalf of immigrant families who were forcibly separated and detained by the U.S. government.

Natalia is licensed to practice law in Pennsylvania and is a member of the American Immigration Lawyers Association. She speaks Spanish and understands Italian and Portuguese.